Sangrose Laboratories has begun drawing its DNA from Mr. C. K. Alexander, an entrepreneur cum research chemist, in the year 1987 to establish as World’s Largest producer of Clofazimine. In fact, it is his spirit of entrepreneurship that has shaped the company to become what it is today.
Mr. C. K. Alexander the Founder and Managing Director was born and brought up in the traditions of Kerala. After acquiring his M.Sc. in Chemistry, he joined a pharmaceutical company and started his career as a chemist. Sheer dint of hard work and determination enabled him to achieve the top management positions in various pharmaceutical majors.
The Master Mind behind the initiation was Mr. C. K. Alexander. Having several decades of experience in the Pharma Industry, blended with entrepreneurial skill triggered him to go ahead with this venture. The company started its production of Clofazimine in the year 1989 with an initial capacity of 1 ton per annum. After that there was no looking back for the Company. The Company attained enhanced production capacity up to 24 tons per annum. The company has been endowed with US FDA approval for the manufacturing quality products.
The company ventured into the domain of formulation development in the year 1994. Then company started off with the Soft Gelatine Encapsulation Unit, which slowly bloomed to include various Formulation Units including Tablet, Hard Gelatine, Liquid Orals, Creams and Ointments. Currently the company has a full-fledged API Manufacturing Unit for Clofazimine I.P., B.P., Ph. Eur., and has a well-equipped Formulation Unit wherein over 300 different formulations are manufactured…… 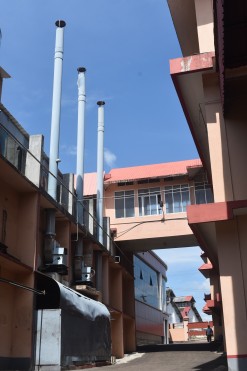